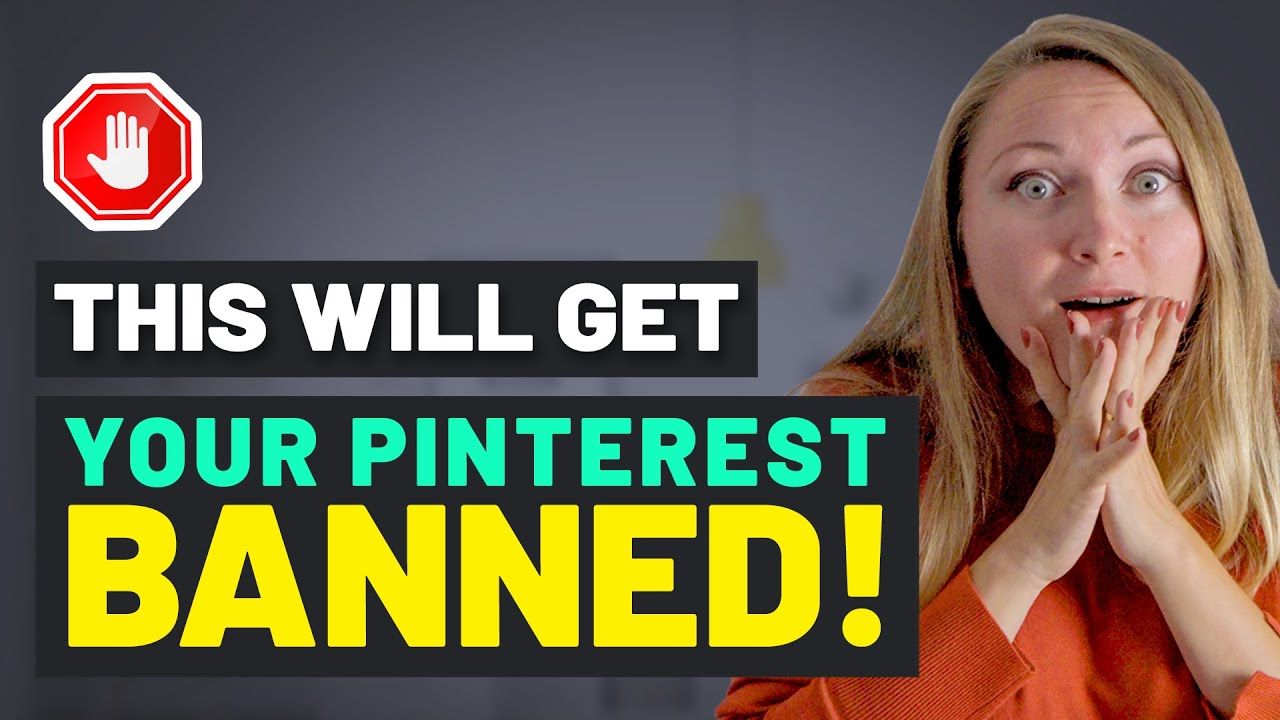 Pinterest Follow Unfollow Tools That Will Get Your Account Suspended. The other topic I wanted to talk about today is something that happens all over the place and I felt I HAVE to say something about it because it hurts seeing people getting their Pinterest accounts banned over a completely useless metric on Pinterest. I’m talking about the follow – unfollow method of “growing” on Pinterest.

How to Grow Your Following On Pinterest Organically
https://youtu.be/x_CyVz47EeY

Youtube is unfortunately FULL of videos where people tell you to do follow unfollow to grow on Pinterest. Some even show you how you can automate this process. The problem is that a lot of people are used to follow unfollow activities on other social media platforms, and they think this should work on Pinterest as well.

I don’t talk about the ethical side of follow unfollow. It simply doesn’t make ANY sense in terms of growth strategy.
And honestly, following someone in hopes to get a follow back is SO irrelevant on Pinterest that you can’t even imagine.

In this video, I will tell you why you are wasting your time following people on Pinterest and why doing this in large volumes, as well as unfollowing people with automation tools, can get your account suspended. ​

The reason #1 is because Pinterest is a visual search engine more than it is a social media platform. Of course, Pinterest has certain features of a social media site, but it’s not as personal as Facebook or Instagram.

The Reason #2 is that doing follow and unfollow manually is a terrible waste of time. But automating following and unfollowing, is a VERY good way to get your Pinterest account banned.

Let me tell you more. Pinterest has a list of authorized marketing partners, and the most popular of them, and the most advanced for managing Pinterest is Tailwind. It’s using the official Tailwind API but there is no any feature in Tailwind that allows you to automate or helps with following and unfollowing on Pinterest. If the authorized Pinterest automation tool doesn’t allow this feature, it’s because Pinterest doesn’t want any activity of this kind on their platform.

Now reason #3 is that even if you are lucky and your account doesn’t get suspended for following and unfollowing on Pinterest, you will still be wasting your time because your reach and traffic from Pinterest don’t directly correlate with your following numbers.

These are just some random examples I found in a couple of minutes, but I can assure you it’s totally true because I’ve seen accounts with over 100k followers that were not getting as much traffic and Pinterest monthly viewers, as my 1-year old account was getting with less than 10k followers.

To make it short, you can actually reduce or reach by doing follow/unfollow on Pinterest.

You see, when you publish a new piece of content on Pinterest, the platform will first show it to your followers and will calculate the engagement based on your followers.

But if you do follow/unfollow you often get a lot of bot followers instead of real people.
What happens next is that a big part of your following base consists of those bots or people who don’t care about your content. And when your new pins are shown to them, you don’t get high engagement rates and your pins are not considered as quality content. They are not going anywhere further than your following user base, and you don’t get the impressions your pins probably deserve, and you definitely don’t get viral effect on your pins.

Now, everything I’m telling you is based on my experience on Pinterest and you might have a totally different opinion. I would love to hear your stories in the comments below. Have you tried follow unfollow method on Pinterest? Did it work for you? Did you see any improvement in your traffic and engagement on Pinterest even if you managed to get more followers using this method?